What I need to know about generators

Homeowners may use a generator to supply electricity to their home in the case of a power outage, either out of necessity or convenience. Inspectors may want to know about generators and the potential hazards they present when improperly wired or utilized.

There are two main types of generators:  permanently installed, standby generators; and gasoline-powered, portable generators.
Standby Generators
Standby generators typically operate on natural gas or liquid propane. They remain fixed in place outside the home and are designed to supply on-site power to specified circuits through a home’s electrical wiring. These generators work in tandem with a manual or automatic transfer switch, which automatically detects an interruption in grid-powered electricity and subsequently transfers 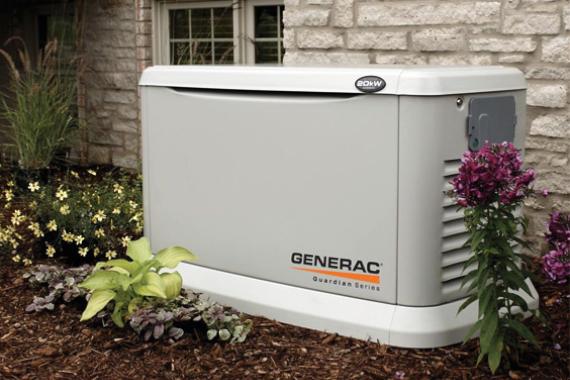 over electrical input to the generator. The transfer switch suspends input from the generator once it senses that utility-powered electricity has resumed. Generators for small- to medium-size homes are typically air-cooled and employ fans to regulate the temperature inside the unit. Liquid-cooled units are used for the larger energy loads in larger homes.
Some advantages of standby generators are as follows:

Disadvantages of standby generators are as follows:

InterNACHI inspectors may want to check for the following:

In summary, generators can be lifesavers during a power outage, but they present serious health and safety concerns if they are not installed and used properly.