Bats are nocturnal mammals found in most inhabited places throughout the world. Bat infestation in homes, especially in attics, can be a health hazard, as 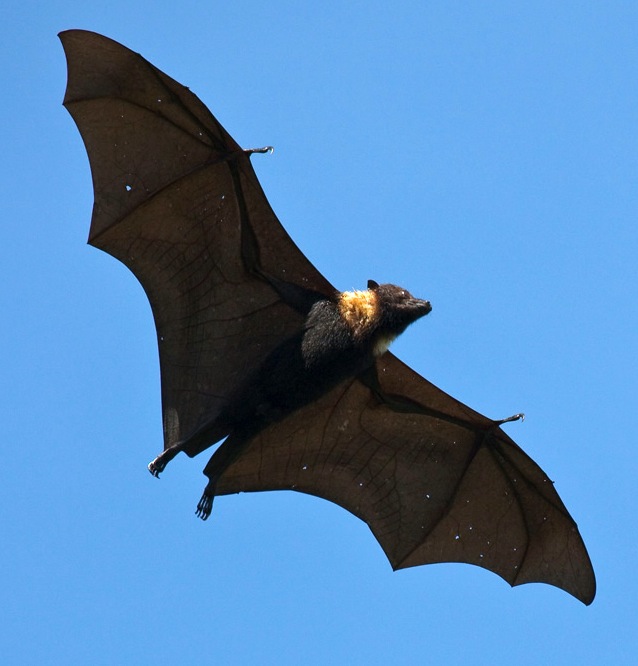 well as a nuisance, for homeowners.
Interesting Facts
Indications of a household bat infestation:
Bats and Disease
Rabies

Due to their high mobility and social behavior, bats are often hosts for diseases, such as rabies. Rabies is perhaps the most serious disease transmitted by bats in North America. Most of the human rabies cases in the United States have been caused by the rabies virus from bats. Awareness of the facts about bats and rabies can help homeowners protect themselves, their families, and their pets.

Rabies is a virus that affects the nervous system of humans and other mammals. Once symptoms of the disease develop, it is almost always fatal. Humans contract rabies from animal bites. Some bats have teeth so sharp that a sleeping person may not realize that they have been bitten. It is recommended that those waking up with bats in the bedroom undergo a series of preventative (and sometimes painful and expensive) rabies inoculations. The alternative is to capture the bats (without being bitten) and take them to a laboratory for testing.

Indications that a bat has rabies:

For these reasons, rabid bats are often most likely to come into contact with humans.

This respiratory disease, caused by the fungus Histoplasma capsulatum, is transmitted through the inhalation of fungal spores found in bat guano and bird droppings. Although generally not fatal, histoplasmosis can cause flu-like symptoms. For individuals with compromised immune systems, such as those with AIDS, histoplasmosis can be fatal.

Bat Removal
The following instructions for bat removal can be passed on from InterNACHI inspectors to their clients:
Note:  Bat removal should not take place during the summer (in North America). Baby bats that are unable to fly will not be able to leave the house during the summer months and they will starve to death if adults are not permitted to enter the home. Bat removal during the summer is inhumane and will result in the additional problems posed by decomposing bat carcasses.
In summary, bats can transmit dangerous diseases to humans, and inspectors and homeowners should be wary of bat infestations.