Inspecting for Defects in an Old Historic Home 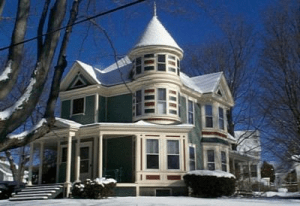 While you can’t predict the lurking dangers in an old historic home, its age offers clues about what you can expect to encounter, especially those that have remained in the same hands for much (or all) of their lifetime, are often plagued by a common set of defects that InterNACHI inspectors and potential home buyers may want to learn about.
Some of the more prevalent issues of an old historic home are as follows.

In summary, older construction often suffers from predictable defects and obsolete components. Homeowners may want to enlist the help of their InterNACHI inspector to explore essential upgrades that will eliminate health and safety hazards in their homes.